Following a better look at the “Yellow Bear” and “Green Bear” colorways, we now have a first look at the Grateful Dead x Nike SB Dunk Low “Orange Bear.”

Rumored for quite some time, the “Opti Orange” and “Green Fury” take is the third colorway of the pack reportedly to release sometime this summer. Once again utilizing a two-tone upper, the base of the shoe features a mix of orange suede and furry fleece accented by a green jagged framed midfoot Swoosh. Branding on the sure to be coveted footwear option comes in the form of co-branding tongue tags, “NIKE” heel embroidery and printed insoles that continue the two-tone design.

As previously revealed, the hidden detail on the SB Dunk Lows is a zippered stash pocket subtly hidden in the tongue. Rounding up look of the shoe is a matching orange midsole and a contrasting green rubber outsole. 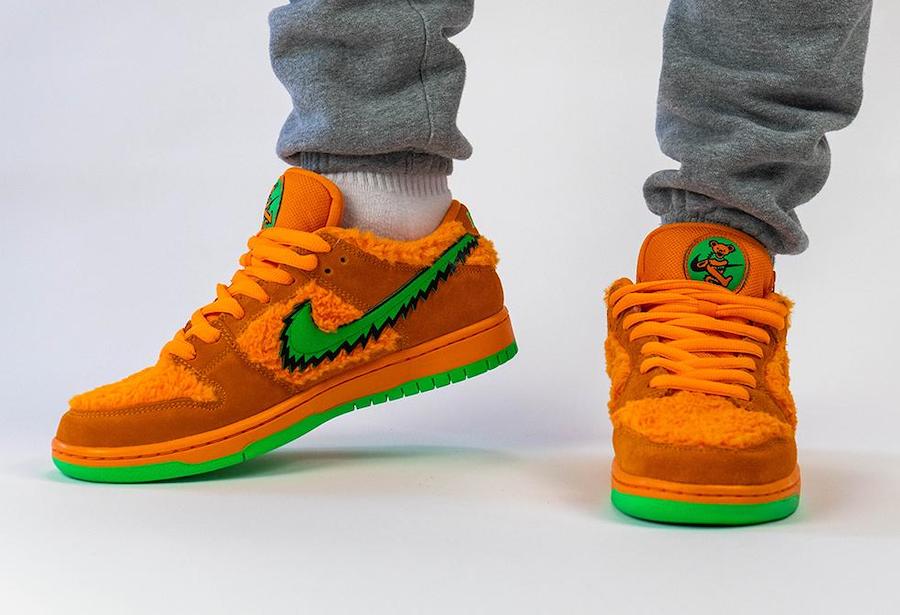 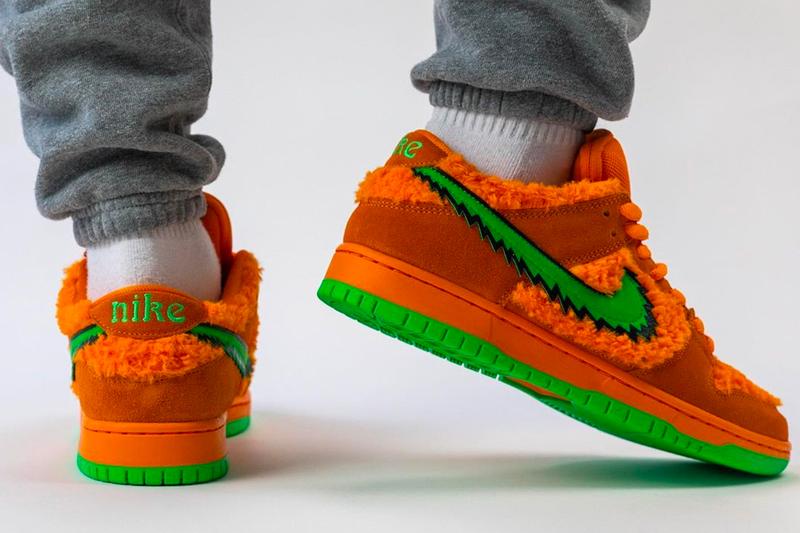